With only one week left in Witless Bay, we’re finishing up our house plans, and getting ready to move on to interviewing community members about a variety of traditions in the area.  Since our arrival, our imaginations have been captured by all the ghost stories told about the convent where we’re staying, and about the town more generally.  I’m also very interested in local fairy stories, and that’s what I’m going to be focusing on in my interviews. 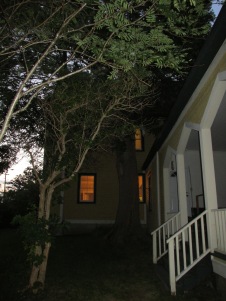 The openness with which fairy and ghost stories are offered up is something which continues to delight me about Witless Bay.  I’ve been thinking about why these stories are so easy to tell and to believe in this part of Canada, while back home in Toronto, you’d be hard pressed to find someone who would admit to believing in fairies or ghosts with a straight face.  Is it because there’s enough history here to give the ghosts time to accumulate?  Are they beliefs that came over with the Irish ancestors of the people living here now?  Is it because there’s so much hard work done here on the land and the sea that an encounter with the fairies is simply more likely, and that people have to be more intimately acquainted with the spectre of death?

I went for a hike on the East Coast Trail today, and although I didn’t encounter any fairies (which might be explained by the fact that I did have a few coins in my pocket and didn’t stop to pick berries), walking through the tangled woods, and hearing the gusting winds and crashing waves were enough to make me believe that ghost ships really could be sailing by, and fairies watching me.  I’m sure this will be even easier to believe after hearing the local stories this week. 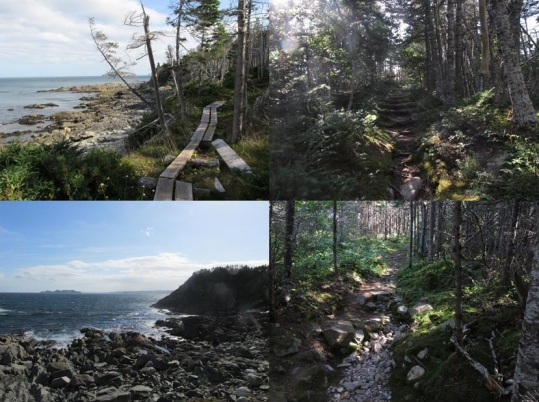 One thought on “The Spirit(s) of Witless Bay”